From our earliest history, the Spice Routes have been followed. At first, travelers ventured only short distances from their homes but as centuries passed and improvements to ships were made, they sailed further and further across the seas and oceans. 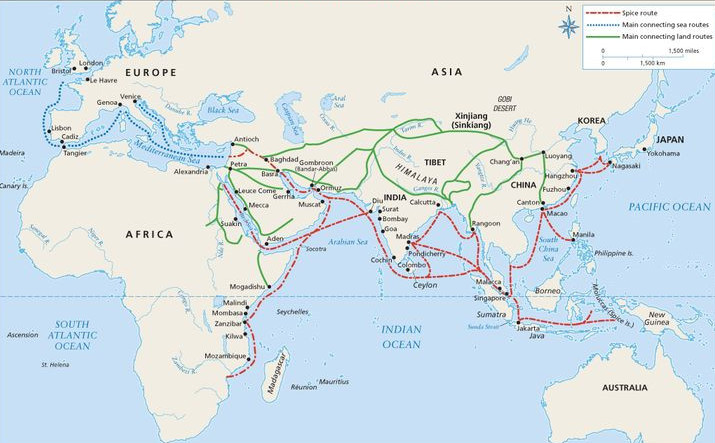 West. They stretch from the west coast of Japan, through the islands of Indonesia, around India to the lands of the Middle East and from there, across the Mediterranean to Europe. It is more than 9320 miles (15,000 kilometers) and is not an easy journey.

These journeys were not undertaken just for the sake of adventure, the driving force was trade. The Spice Routes were (and still are) trade routes. Trade has an important role in our history, past, present and future. When we make a purchase we are trading; exchanging one item (usually money) for another. This is the final link in a long chain of buyers and sellers: from the supplier of raw materials, to manufacturer, the wholesaler, to the shop.

The word “spice” comes from the Latin species, which means an item of special value. Most of the important spices had ritual and medical values and these could only grow in the tropical East, from the South of China to Indonesia and in southern India and Sri Lanka. The Moluccas are better known as the Spice Islands and were the source of cloves and nutmeg.

From Antiquity, spices have been burned as incense in religious ceremonies, to purify the air and carry the prayers of the people heavenward to the gods. They were also added to healing ointments and to potions as antidotes to poisons. Just as in today we burn incense or use fresheners, people burned spices daily in their homes to hide the many household smells. They were used as cooking ingredients very early. The profits to be made from spices were considerable. They were small, dried, and could be transported easily. Being imported and exotic, spices were more prestigious and were more expensive than the local country herbs. Such things as cloves, cinnamon, pepper, and ginger, could not be grown in Europe and were known to come from the rather vaguely defined Asia.

The wealth of the spice trade brought great power and influence. Over the centuries, bloody battles were fought to win control of it and the established routes.

Medical uses of spices in the Middle Ages

Spices were thought to have the power to balance the body, to treat medical disorders and to prevent disease. They were also used in cooking and as ingredients in perfume and incense.

The spice’s exotic aromas and medicines not only offered relief of physical distress, but also the cultivation of health in the absence of identifiable problems. The pursuit of Wellness in a positive sense has grown dramatically in recent years as health has come to be defined as something that requires inputs, from exercise to Mindfulness. Physical well-being is become increasingly connected to mental well-being and has, in some aspects, reverted to a medieval view.

Exotic aromatic substances were thought to have disease-preventive attributes and were prescribed as medical remedies for those who could afford them. After the Black Death of 1348, the medical faculty of the University of Paris recommended carrying sweet-smelling ingredients in pommes d’ambre (pomanders), which were held in the hand or worn around the neck to ward off illness. These portable openwork metal balls were filled with mixtures of fragrant ingredients such as storax, myrrh, aloewood, mace, and sandalwood.

The Catalan physician Jacme d’Agramont in 1348 recommended a mixture of aloewood, ambergris, myrrh, frankincense, camphor, and other expensive scents for the use of the ‘great lords’ to combat the putrefied air thought to cause the epidemic. Us ordinary folks were expected to make fires of sweet-smelling wood such as juniper.

The importance of spices is related to their recognized effectiveness, price and exoticness. The 14th-century English surgeon John of Arderne demonstrated some of the differences of the exotic spice and local herb use in relation to class. To control bleeding during surgery, he recommended expensive imports from Asia as suitable for nobles, verses simple domestic remedies for ordinary people.

Spices can be use in the treatment of various ailments like cancer, fever, malaria, stomach offset, nausea and more. Nutmeg is used to treat nausea and digestive disorders. Other examples are: Coriander is thought to treat acne and skin related conditions. Fennel is used for glaucoma and other eye problems, and fennel boosts the supply of breast milk. Oregano helps in fighting against insulin resistance. Turmeric and Clove are also thought to be helpful in reducing blood sugar.

Cooking spices in the Middle Ages

Man has gone from eating for mere survival to seeking well-being through food, to bringing changes to the taste of food. Many herbs and spices provided by Nature have been used on and off through the ages to enhance the flavor of food.

Not until the 13th or even the 14th century were spices commonly used in cookery for feasting meals.

The major spices are pepper, ginger and cinnamon; and are distinguished from the minor spices depending on the time and the country. The use of spices varied according to fashion, price and social status of the household.

It has often, wrongly, been said that medieval cooks used plenty of spices to cover up the taste of meat gone bad. Medieval cooks knew well how to use spices, how to measure them out and combine them. 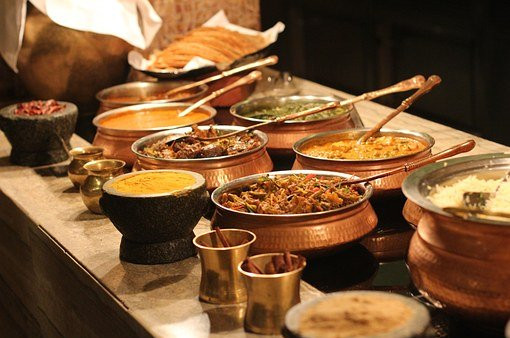 Slow transportation and food preservation techniques (based on drying, salting, smoking and pickling) made the long-distance trade of many foods expensive. The nobility’s food was more prone to foreign influence than that of poor and depended on exotic spices and expensive imports. Innovations from trade and foreign wars from the 12th century onward gradually disseminated through the upper middle class of medieval cities.

The European transportation network was based on the heavily worn Roman roads. In the 13th Century, new roads were being constructed but with the damage of weather and use, horseback remained the easiest way to travel long distances than by cart, carriage, or other wheeled vehicle. Men generally would only ride in a wagon if old or sick. Many traveled on foot. Pack animals and luggage carts created additional trouble and expense.

Speed depended on the quality of roads, weather, and the nature of the traveling party. A small group with good horses could move as much as 30 miles in a single day. A larger group including pack animals, a cart, or travelers on foot might make only half that distance.

Danger and hazards were common and to be expected. Robberies by bandits, unexpected tolls, fatigue, wars, plagues, and accidents were common and expected. The length and hardness of long journeys meant that a large number of travelers lost their lives on the journey. 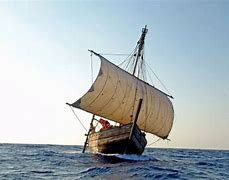 It was often easier to travel by water. Rivers like the Seine, Rhine, Loire, Rhone, Moselle were major European highways. Where seafaring boats could not go, narrow-draft barges could.

In the Mediterranean, coastal shipping was used, from cape to cape; staying within sight of the coast to take shelter in ports in case of bad weather. The most serious perils were piracy, privateer and shipwrecks.

The most common navigation methods were the position of the sun, birds, and the stars. In the Late Middle Ages, scientific advances spread among the European seafarers, most were introduced by Islamic sailors. These included the triangular sail (12th century), the compass (around 1200), the stern rudder (13th century) and the first marine charts (13th century).

Dangers of land and sea travel:

The plague was one of the biggest killers of the Middle Ages. It had a devastating effect on the population of Europe in the 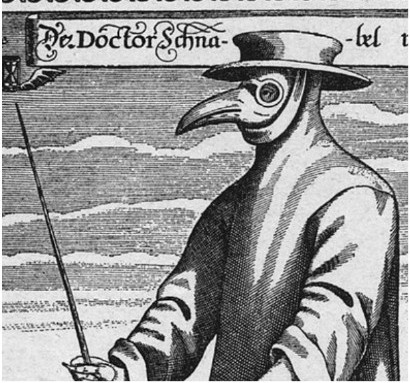 14th and 15th centuries. Known as the Black Death, the plague was carried by fleas most often found on rats. After arriving in Europe in 1348, thousands died in Italy, France and Germany, Scandinavia, England, Wales, Spain and Russia.

This deadly bubonic plague caused oozing swellings (buboes) all over the body and victims suffered from skin that was darkly discolored (turning black) as a result of toxins in the bloodstream. The Black Death killed between a third and half of the population of Europe. If you were infected with the bubonic plague, you had a 70–80 per cent chance of dying within the next week. In England, out of every hundred people, perhaps 35–40 could expect to die from the plague.

Spices have played an important role in exploration of our world, as trade items, medicine and to enrich our meals. The spices were easy to transport and provided a huge return on investment for the merchants willing to take the journeys and the risks.

The 14th Century was a time of exploration and discovery, not only of the physical world but in science and medicine. Physicians began looking not only at curing disease but in prevention. The beginning of the Western concept of Well-being which is recently coming back as Alternative or Holistic healing.

The early Spice Route and Silk Road merchants came into contact and learned from the different cultures along the routes. The Eastern philosophy’s began to merge with Western and seasoned travelers took advantage of wisdom from all sources.

Tri-Remedy is based on an ancient formula used by Old World spice traders which strengthened their immunity and were thought to help to prevent them from contracting deadly diseases during the Black Plague in the mid-1300’s.

Today’s version is blended with essential spice oils known to have the most potent antibacterial and antiviral properties, Thyme, Clove Bud, and Cinnamon Bark.

Our modern age is seeing an awakening in medicine and health awareness. We are becoming more proactive in choosing a healthy lifestyle and are more open to total body health, with a greater acceptance of alternative healing approaches.

I always encourage people to talk with their primary care giver about total Well-being and to do research to discover the best plan for their health. Diet and exercise coupled with knowledge about your health can increase your overall quality of life.

Questions and comments are always welcome and if you would like more information on immune-boosting essential oils, please see my immune system article.

Sources: Health, wellness and the allure of spices in the Middle Ages, Spices in Medieval Europe, Medieval cuisine

Walking the Path of Peace, Sanders

8 thoughts on “The Spice Routes”